Redefining luxury in a journey without end.

From the start, Lexus has redefined luxury, over and over again, through meticulous craftsmanship, pioneering innovations, impassioned designs and unrivaled Guest experiences.

The Lexus story truly begins in 1983. That's the year Chairman, Eiji Toyoda challenged the company to develop a luxury automobile to rival Europe's finest — a vehicle that would stir the souls of drivers. Six years of intensive R & D, 450 prototypes and 4.5 million kilometres of testing later, the Lexus LS 400 debuted and a luxury revolution was born. 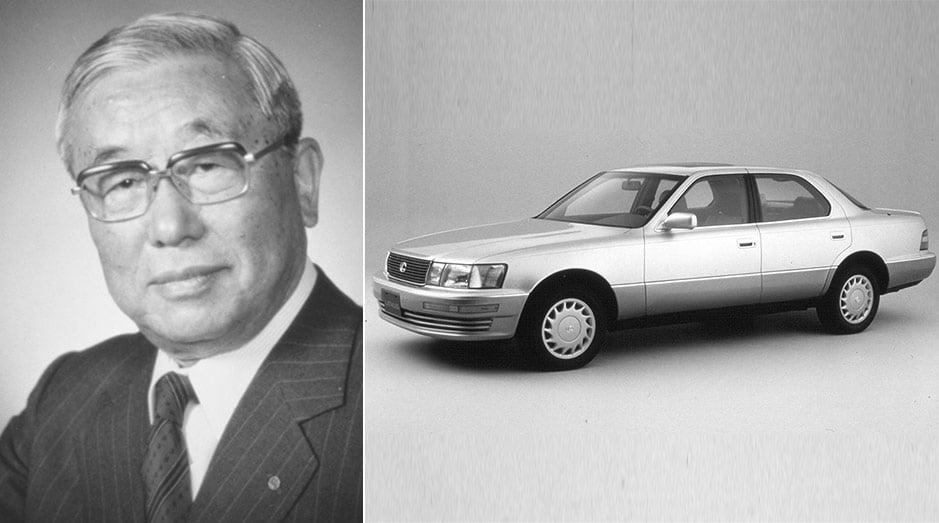 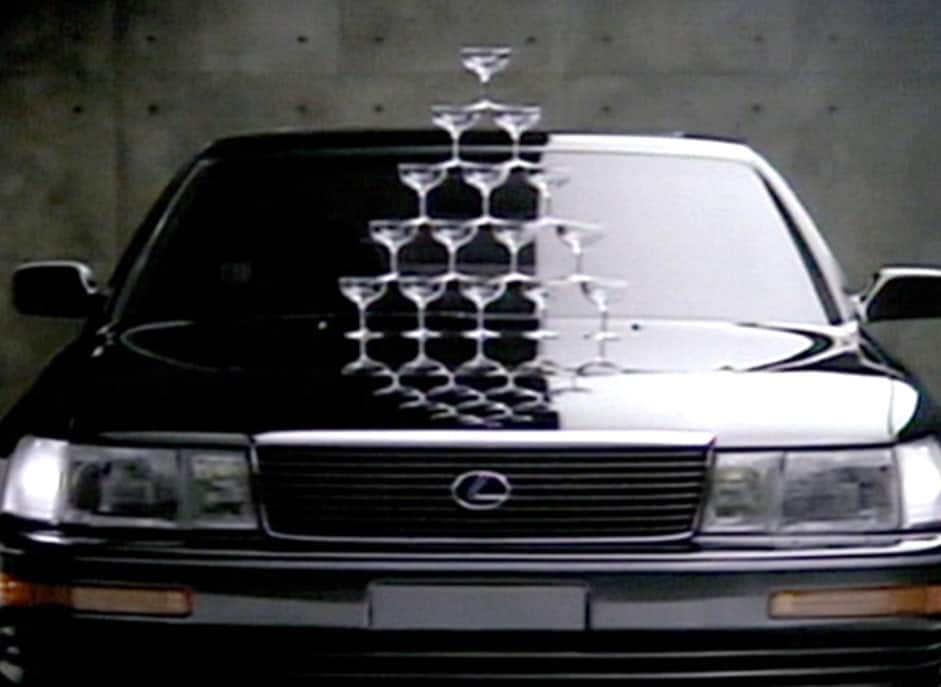 The LS 400 captured the imagination with an advertisement that spotlighted a new depth of quality and refinement. More than a vehicle, the LS was the genesis of Lexus' DNA: a steadfast refusal to compromise and a constant challenging of perceptions, all part of a relentless pursuit of perfection.

Back then, we didn't call it 'Progressive Luxury', but that's the road we were on — a journey marked by innovative engineering, environmentally responsible solutions and rewarding experiences that extended beyond the vehicle to the unsurpassed manner in which we treat each customer — as a Guest in our home.

The evolution of Lexus is marked by innumerable milestones, including vehicles that launched new categories, and technologies that altered the luxury landscape.

Perhaps no single year is more significant than 2003. That's when the Lexus Development Centre opened in Japan to pursue a new design philosophy called L-finesse. It's also the first year that Lexus automobiles were built outside of Japan – at our very own plant in Cambridge, Ontario. 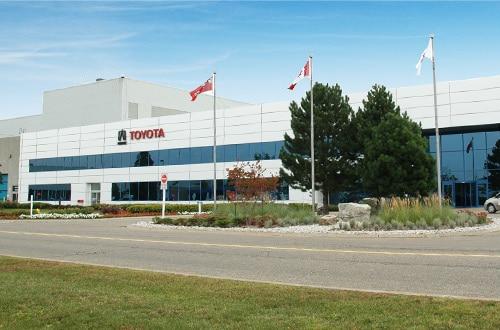 The Lexus story took another dramatic turn in 2007 with the introduction of the Lexus IS F SPORT sedan — an embodiment of Lexus' growing passion for high performance and extreme driver engagement. 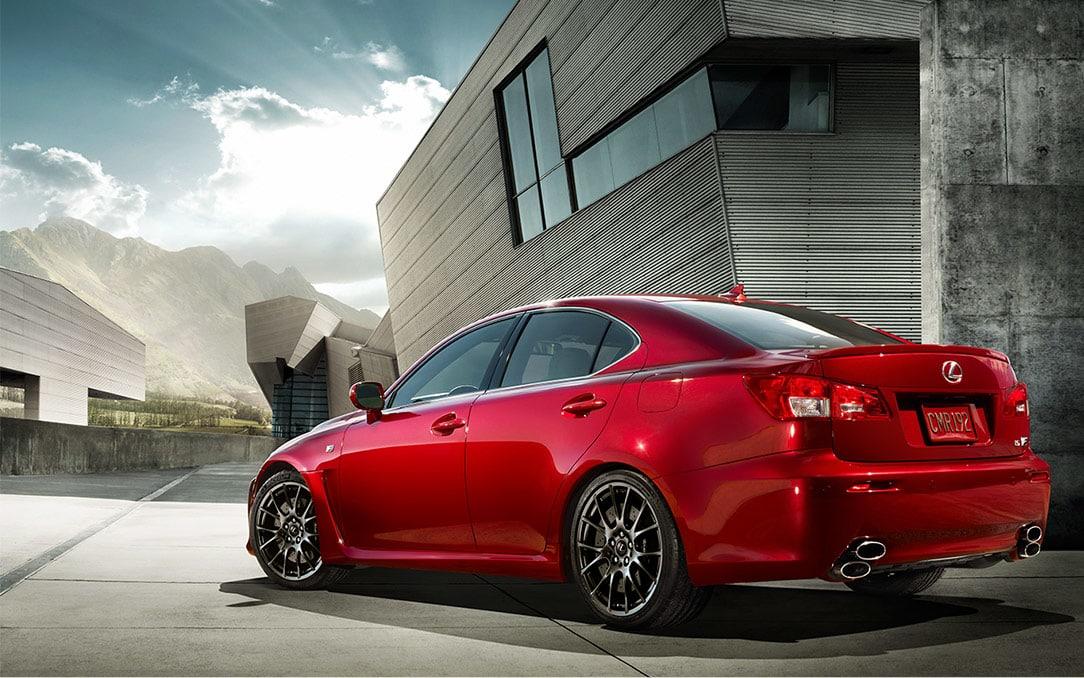 That was followed by the LFA, our V10 supercar. Today, most every Lexus series offers an F SPORT variant so that all Lexus drivers can experience the exhilaration that comes with every press of the accelerator.

2011 will undoubtedly go down as one of the most pivotal years in the history of Lexus. A global recession, followed by the Great East Japan Earthquake and Tsunami, caused unprecedented challenges. With the unwavering support of our partners, suppliers, and Dealers, and the loyalty of Guests like you, Lexus returned to the market with a new vision and vigor, starting with the launch of the 2nd generation GS – a striking showcase of an entirely new fusion of style, luxury and performance. 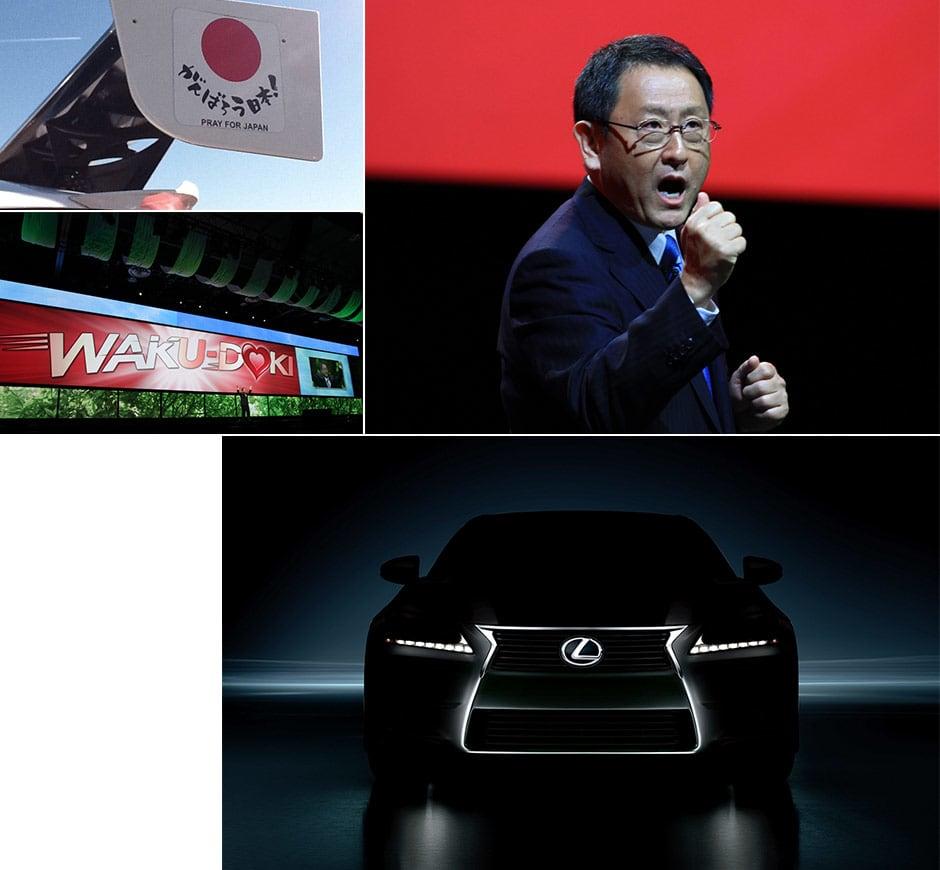 The Lexus Brand Book was created for you. Inside these pages, you’ll find the principles that guide us, the vision that inspires us, the people that make driving a Lexus an experience without equal, and a glimpse into the future. The Lexus journey began 25 years ago. But, as you’ll discover, there is so much more to come. So many more places that we can travel – together.

Amazing craftsmanship, amazing technology, amazing performance, amazing experiences. That's what Lexus has always been about. A vision that was encapsulated in our original slogan — the relentless pursuit of perfection — and that found voice in our Moments campaign. 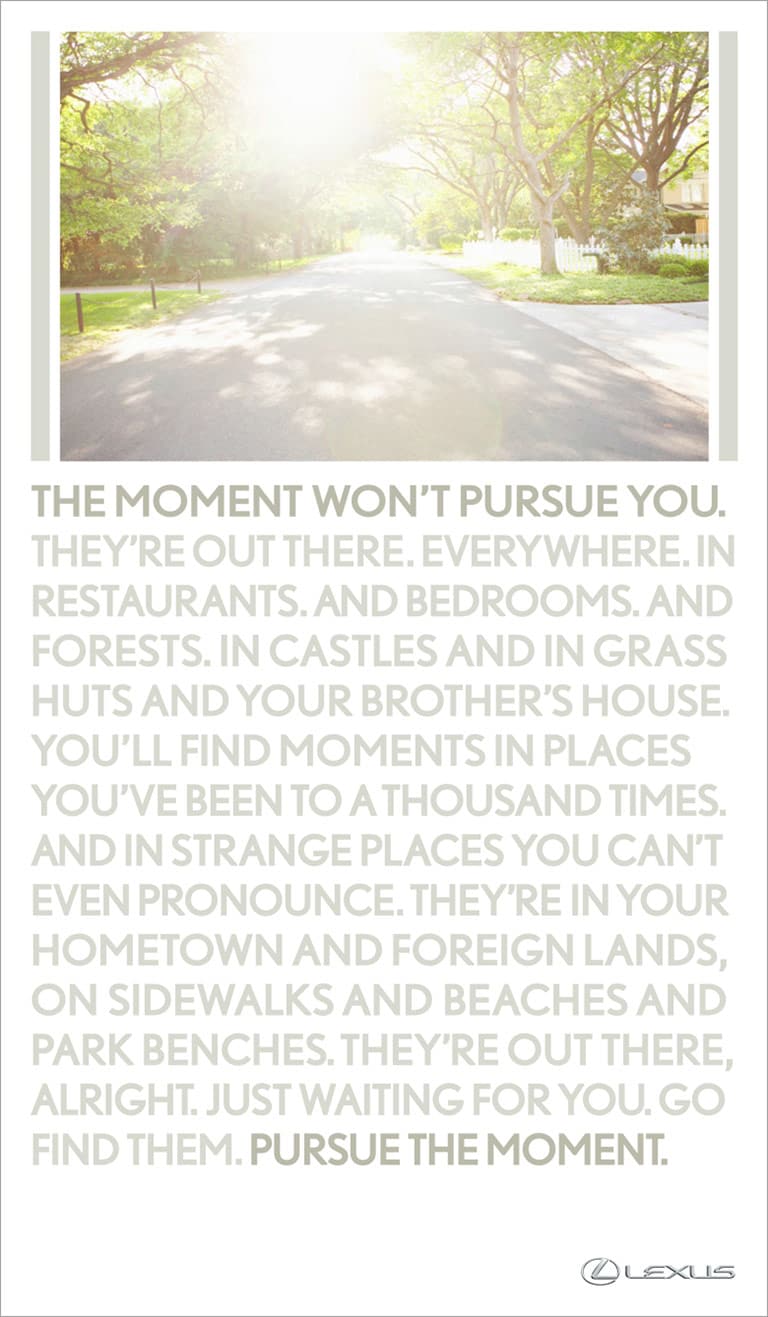 With Creating Amazing, we're reaching even further, to embrace bold and inspiring design, innovation that surprises and excites, continued environmental leadership and meaningful experiences that enrich your ownership experience. 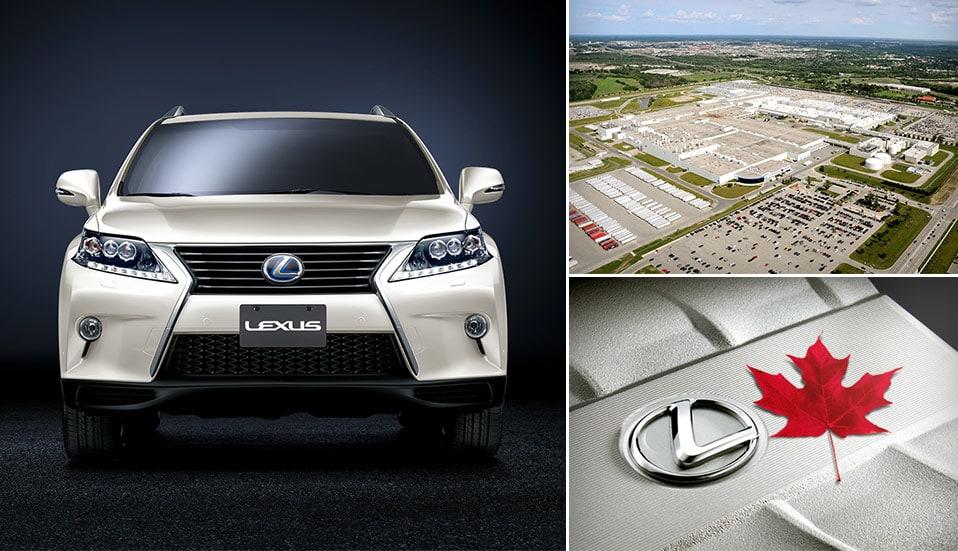 TMMC in Cambridge, Ontario, holds the distinction of being the first plant outside of Japan entrusted with building a Lexus. Of course, with more J.D. Power Initial Quality Study Awards than any other North American manufacturer, TMMC was the logical choice. Today, almost every Lexus RX sold in North America is assembled by a team of dedicated craftspeople working in TMMC’s South Plant — which itself was constructed specifically for RX production. In 2014, TMMC began manufacturing the Lexus RX 450h, adding the distinction of being the first and only plant outside of Japan to build Lexus Hybrids.

Solutions for Today and Tomorrow

Hybrid technology is just one of the ways that Lexus leads the industry in contributing to a healthier planet. Our commitment to recovering, recycling and reusing permeates the entire company, and continues throughout the lifecycle of the vehicles we manufacture. 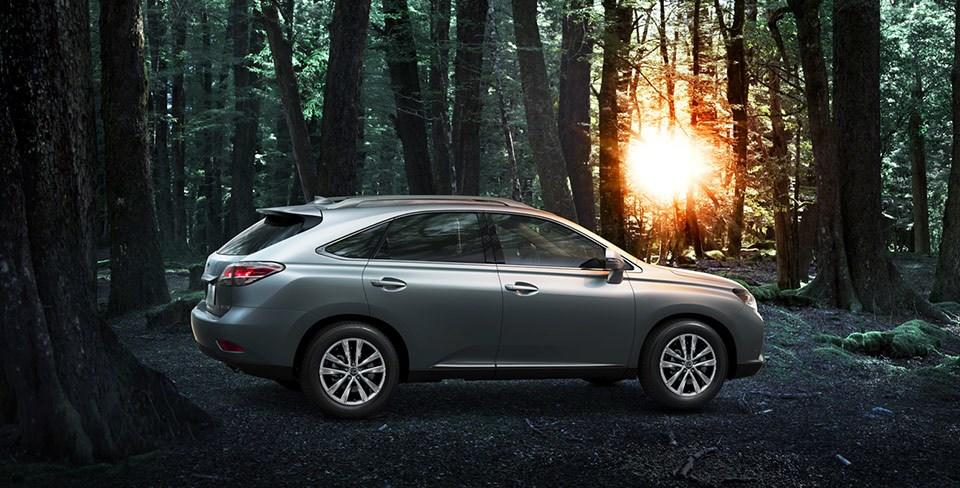 In the plant, we seek to find new ways to recycle waste, reduce use of limited resources, and reuse materials. Beyond the 3 Rs, we are pioneering the use of biodegradable materials in our vehicles, including soy and castor-seed based seat materials, and a breakthrough sugarcane-based bio-PET which is used to line the luggage compartment in the CT 200h.

The Shape of Things to Come

Most concept cars are an exploration of ideas, few of which ever see the ‘production light of day’. At Lexus, our concept cars are windows into the future, with advanced technologies that we fully intend to realize. When you gaze upon vehicles such as the award-winning Lexus LF-LC 2+2 sports coupe concept and the LF-CC mid-size coupe, you are not just looking at what is possible, but what is probable.

They represent an evolution of the L-finesse design language, remarkable leaps in hybrid and driver-focused technology, and the next giant step forward in the Lexus performance revolution. 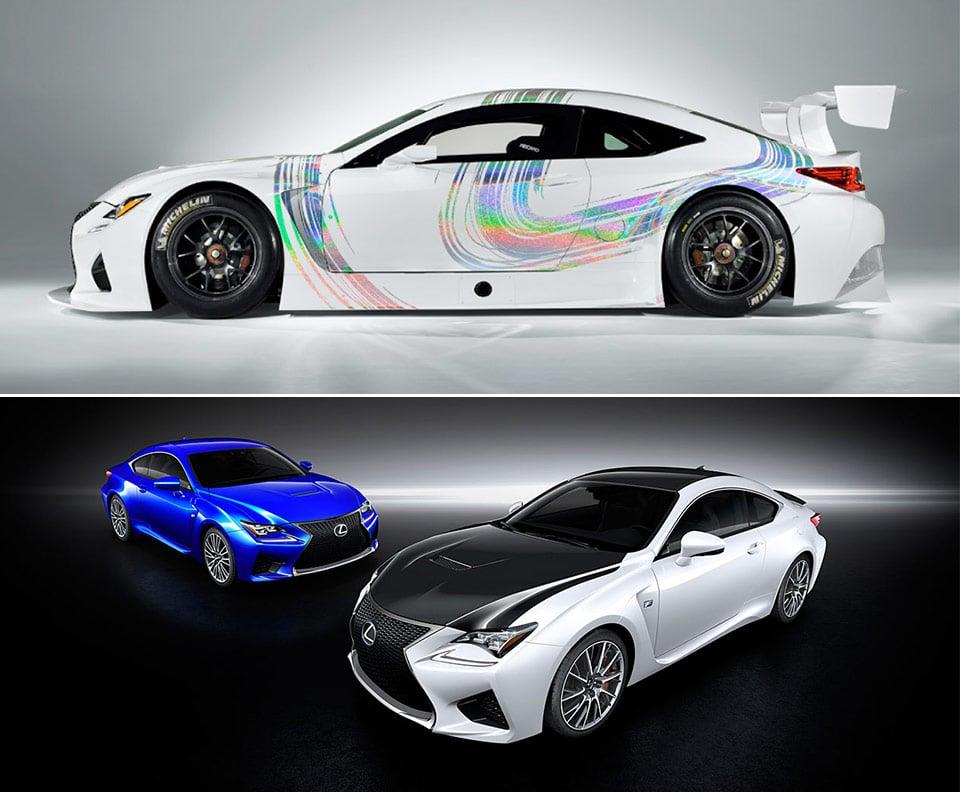 Motorsports are the ultimate test of vehicle dynamics, and an ideal showcase for a new generation of Lexus performance engineered automobiles, such as the RC F GT3 racing concept introduced at the 2014 Geneva Motor Show. Based on the powerful RC F that made its production debut in 2014, the RC F GT3 will be Group GT3* compliant, eligible to compete in some of the most hard fought supercar races around the world, including the 24 Hours of Nurburgring endurance race in Germany and the Super Taikyu Endurance and Super GT series in Japan. With testing poised to begin this year, the RC F GT3 concept aims to enter the race circuit in 2015 — a striking symbol of the Lexus long-term commitment to GT3 sports car racing.

Bold design, exhilarating performance, and optimum fuel efficiency — these are the hallmarks of the new Lexus. Combining these elements in an entirely new fashion, the new Lexus NX opens the door on a future direction for Lexus. 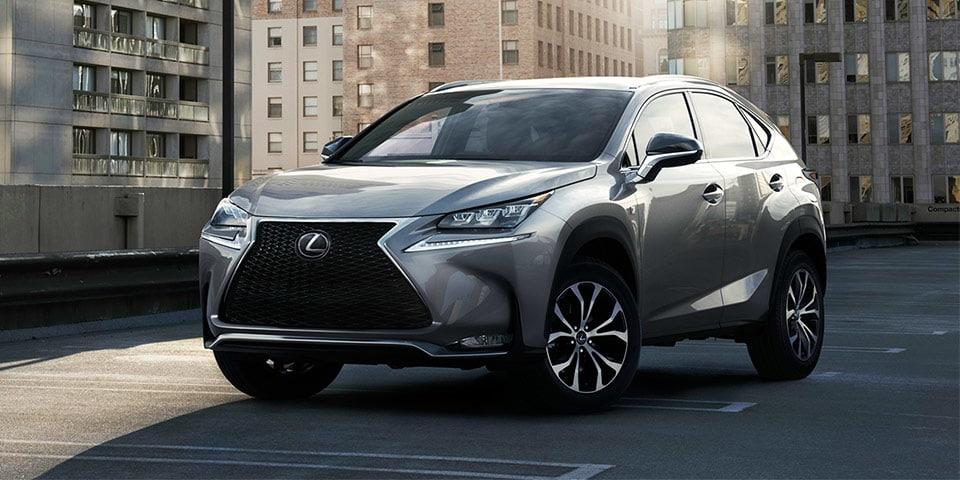 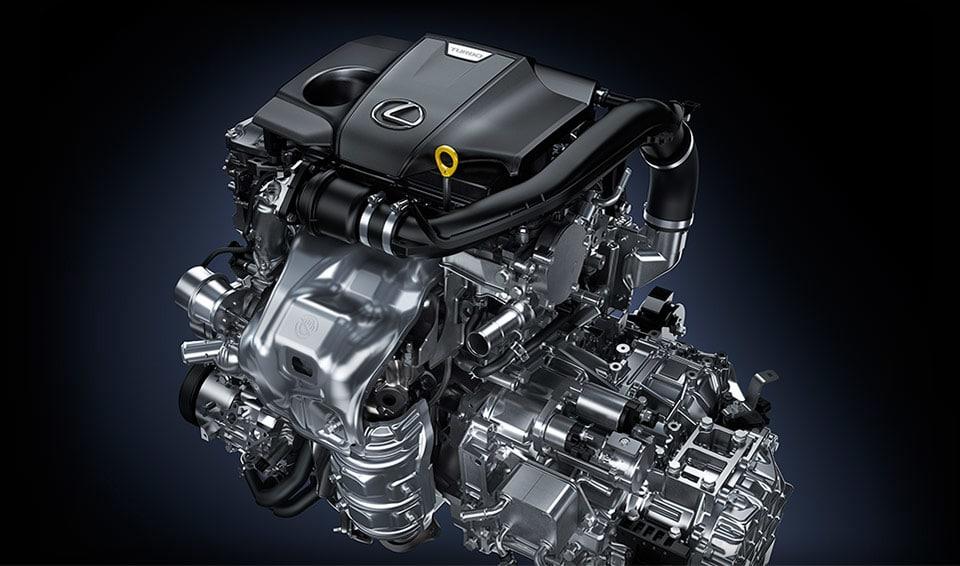 Featuring Lexus’ first turbocharged powertrain, a 2.0 litre, 4-cyliner turbo gasoline engine, the NX is the harbinger of turbocharged Lexus powertrains to come, delivering on the promise of spirited performance and outstanding fuel efficiency.

The Next Chapter is Yours

Whether you're considering your first Lexus or your next one, our goal is the same — to provide you an unparalleled Guest experience.

Take advantage of our fully-responsive website with optimized browsing whether your device of choice is a smart phone, a tablet, laptop, desktop or cinema-size display. We're also the first automobile brand in Canada to offer full Configure & Price and Competitive Comparison features right on your smart phone. 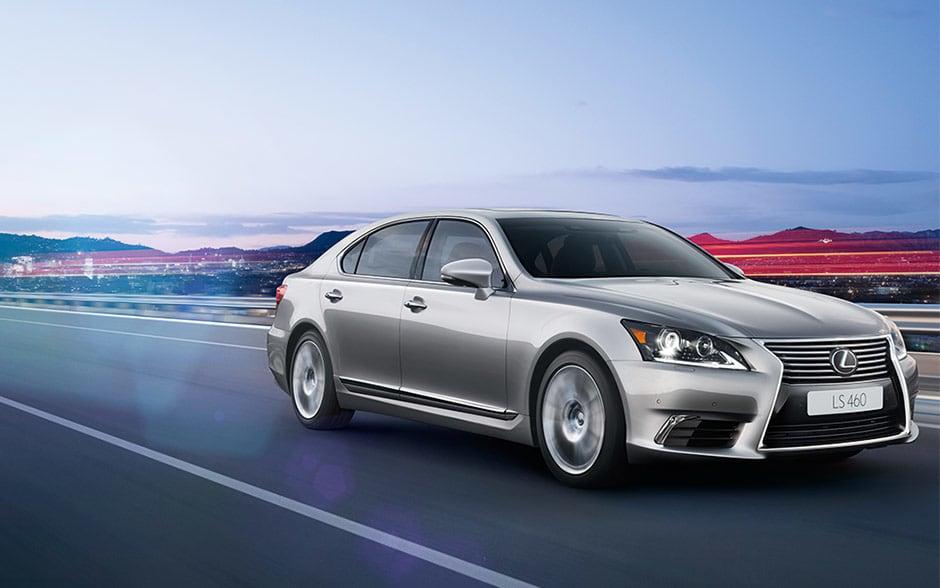